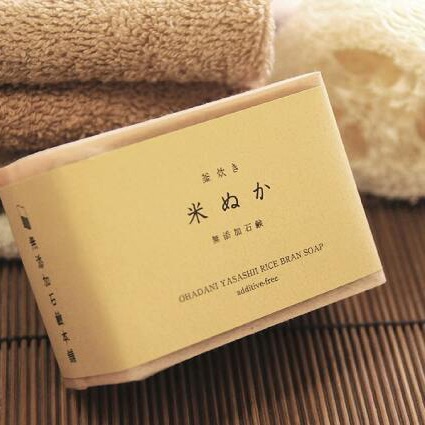 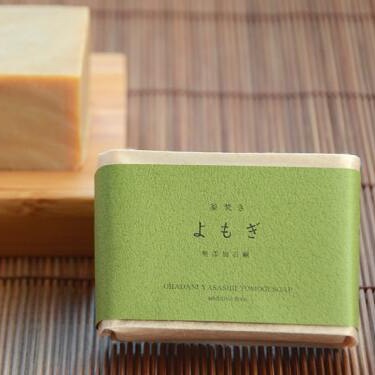 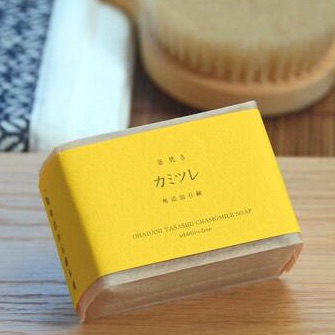 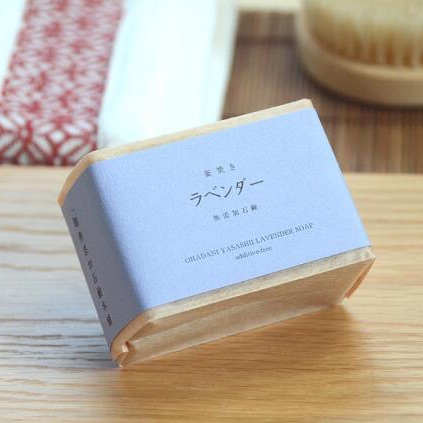 Handmade by artisans. Great for any type of skins including sensitive skins. 100% natural and free from artificial fragrances, coloring agents and preservatives and can be used for the whole body, including hair.

Recognized by dermatologists, this natural soap is gentle on the skin

The MUTENKA SEKKEN HONPO brand’s parent company, Marubishi Natural Soap Factory Co., Ltd. was established in 1955. As others in the field industrialized, the founder of Marubishi continued making soap using an old kettle firing recipe, which required boiling raw oil. Soon, as craftsmen who could perform this old firing method began to dwindle domestically, the skin friendly soap, which the company was still making, began to gain attention due to the positive reviews of dermatologists and consumer groups, and the increasing issue of skin problems like atopic dermatitis. The company originally produced wholesale soaps for dry cleaners, but introduced a cold process production method from around 1998 in order to create more products for individual consumers. Though the formula is filled with a luxurious assortment of special oils, moisturizers, and beauty ingredients, it is very delicate, and cannot be mass produced.

“Whether using kettle firing or the cold process, the final product will totally vary depending on factors like temperature and humidity, and how the heat is added. There’s nothing to do but diligently experiment and work hard. Failure is not something to worry about,” says second generation company head Nishigaki, smiling. The recipe they tested last year took over 200 tries over the course of the year.Presently the majority of the market is occupied by cheap, mass-produced soap imported from abroad that uses “soap materials” as the main ingredient. This soap is made quickly and produced by machine. To the contrary, this soap is made carefully by hand using a base made from carefully selected raw materials. The slowly matured additive-free soap is acclaimed for not irritating even the most sensitive of skin. Many long-term users don’t use any other soap on their skin, and some customers even custom order their own original prescription soaps. If anything, their trust in this soap should be proof of the product’s quality.

Item added to your cart!